“The Eagle River is a tremendous asset of the Town of Eagle and this plan will enable the community to take better advantage of this natural resource,” noted Town of Eagle Trustee and Steering Committee member Andy Jessen. “The community has made it clear that they want to connect the town with the river, while preserving it for future generations.”

More than a year in the making

The planning process for the Town of Eagle River Corridor Plan began in September 2014. The plan was prepared in partnership with Community Builders (formerly of the Sonoran Institute) and under the guidance and direction of a steering committee, comprised of interested citizens, landowners, elected and appointed public officials and staff from the Town of Eagle and Eagle County. There were numerous opportunities for public input on the plan, including a visioning workshop, design charrettes, four steering committee meetings, meetings with stakeholders and seven planning commission hearings. A total of five drafts of the plan were prepared over the course of the planning commission’s review.

Highlights of the plan

The planning area encompasses approximately 3.4 miles of the Eagle River and over 300 acres. Design and construction of the Eagle River Park, much of which is located on what is now commonly referred to as “truck parking,” was identified as a priority and is a project the town staff is actively working on. The town has hired an engineering firm, S20 Design, to work on the design of in-stream and riverbank improvements and is negotiating with a landscape architect firm, studioINSITE, to create a conceptual landscape plan of the Eagle River Park that will be used to guide future discussion with the public on what the park should include.

The plan envisions a recreation core that includes a variety of amenities such as a riverside park, beaches, river viewing areas, trails, and in-stream features to create a river park. The recreation core would be visible from I70, creating a “wow” factor.

Six Themes of the Plan

The plan identifies six major themes, which are used to describe the community’s big picture ideas and serve as the framework for the plan. These six themes are:

Protect water quality of the Eagle River and create a network of open space along the river to preserve important wetlands, riparian areas and wildlife habitat while allowing for active recreation in select areas.

Facilitate public and private sector investment within the river corridor that results in economic growth and community place making.

Provide high quality, river oriented recreation amenities that allow for a wide variety of user groups to enjoy the Eagle River and its immediate environs.

Create authentic and memorable places along the Eagle River for both residents and visitors.

Provide safe and convenient public access from Eagle’s neighborhoods to the Eagle River.

Use elements of the Eagle River and adjacent land to promote understanding of the river ecosystem and other qualities of the river corridor.

“The Eagle River is probably our most underutilized natural resource,” furthered Jessen. “We’ve seen success with our trail building efforts; the Town of Eagle River Corridor Plan allows for additional recreation opportunities in Eagle, as we continue to establish ourselves as a premier outdoor recreation destination in Colorado and provide a high quality of life for our residents and guests.”

The town of Eagle worked with S20 Design in the fall of 2015 to further improve the Chambers Park boat ramp. S20 enlarged the take-out eddy for the boat ramp and did some boulder terracing work along the edge of the eddy. The improvements to the eddy should make it easier for boaters to catch the eddy for the Chambers Park boat ramp and avoid the Rodeo Rapids downriver. The boulder terracing will help armor and anchor the bank along the takeout eddy, thereby reducing erosion and impacts from boaters walking the bank. The boulder terracing creates convenient access and a nice place for people to relax and hang out next to the river. The terracing work at the boat ramp is an example of the riverbank improvements that will likely occur in the Eagle River Park.

“The improvements made at the Chambers Park boat ramp this fall create better access to the takeout eddy and the boat ramp, improve safety and create a unique place in Eagle for people to hangout along the river,” said Matt Farrar, town of Eagle assistant planner. “We heard loud and clear through our river corridor planning process that the community wants improved access to the river. The Chambers Park boat ramp improvements are a great start. These improvements are something that the town can build off of as the Eagle River Corridor Plan is implemented over the coming years.” 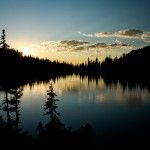